We woke up to cloudy skies and rain this morning. Brandon and I intended on a day at Gardaland, but we just weren't sure if we should go or not.

We finally decided to go. The skies in the Milan area were beginning to clear up a little bit, but as we drove east towards Gardaland, the skies became darker.

About 20 minutes before we arrived it began to pour rain. We pulled into a autostrada stop for a snack and to kill some time in hopes that the rain would move on. It did, so we headed to Gardaland.

The parking lots were busy, but the crowds were really reasonable. Most people were wearing rain jackets or the yellow rain ponchos purchased at Gardaland. Brandon had his red rain poncho, but I needed one. I am now the proud owner of a yellow Gardaland rain poncho. 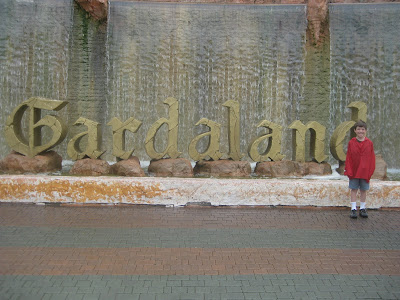 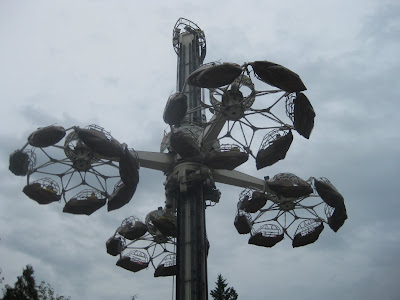 Icarus, our first ride of the day.

We never had to wait in line more than 5 minutes. The park was full of people, but not so many to require long lines. It sprinkled rain on us a few times, but overall the morning was just cloudy. 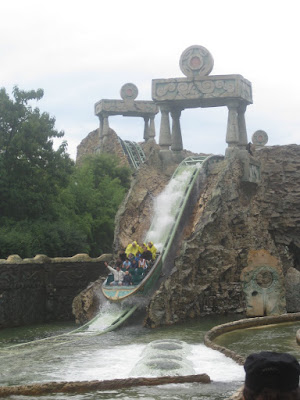 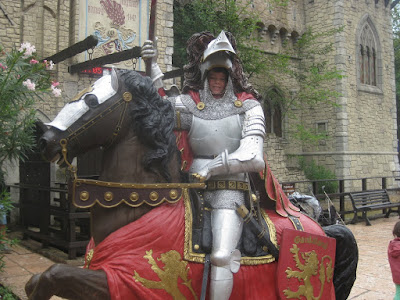 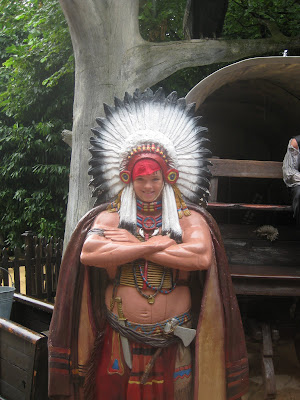 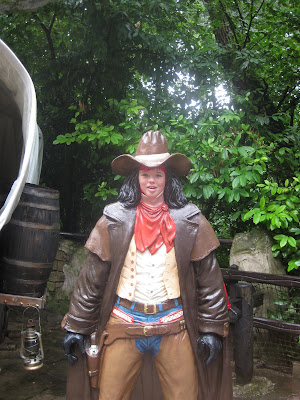 Brandon, tamer of the Wild West 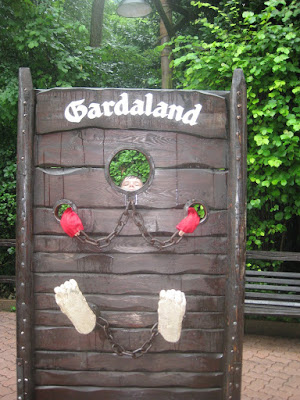 Brandon, outlaw of the Wild West 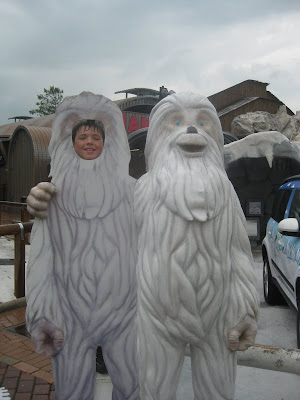 Around 1pm we stopped for lunch, hot dogs and drinks while we walked around the park.

Gardaland is a well maintained theme park. There are many aspects of it that seem to have been copied from Disney. Mammut is just like Big Thunder Mountain. There is an old west village called Rio Bravo. Ramses is similiar to the Buzz Lightyear ride, but a bit darker in theme. The pirate boat ride is VERY similiar to Pirate's of the Carribean. In general, this park focuses more on the rides than the themes. 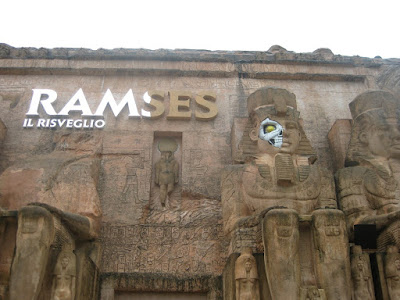 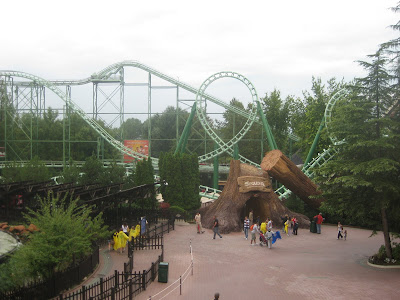 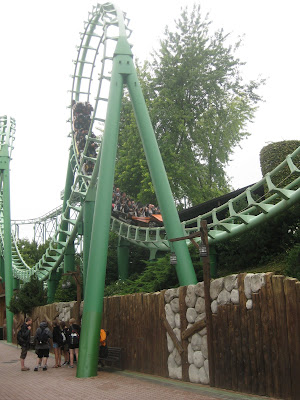 Magic Mountain. We rode this twice. I had to persuade Brandon to try it, but he loved it and wanted to do it again. 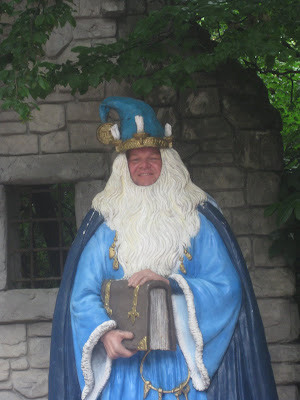 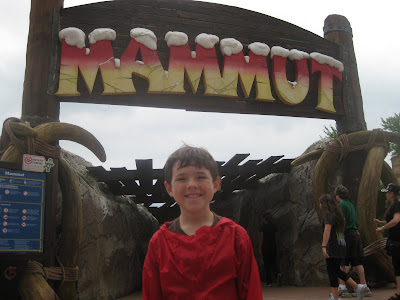 Mammut, our favorite ride of the day. I think we rode it 5 or 6 times. It's very similiar to Big Thunder Mountain at Disney parks 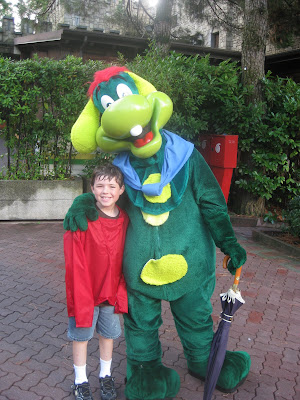 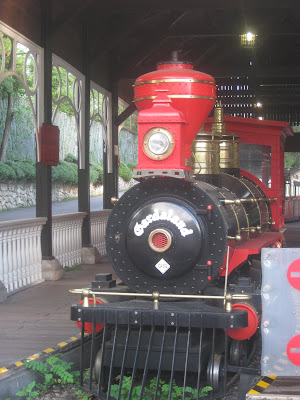 Gardaland Express, did not run today 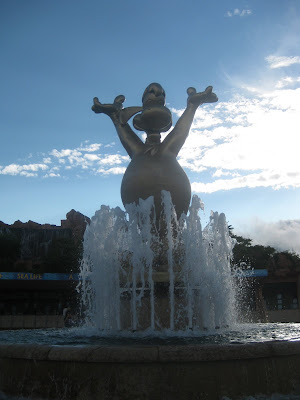 The skies turned sunny around 6pm, a half hour before we headed home

Overall, we had a great time. The weather could have been better, but it never really poured on us. It did rain for about an hour in the afternoon. Other than that we just had some sprinkles.

We were getting tired around 6pm and decided to go on a couple more rides then head home. This is when the sun finally broke through the clouds and the skies cleared. Oh well. 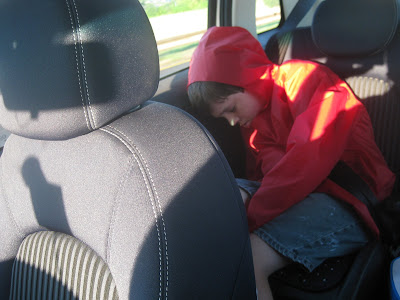 After a long day of rides, a good nap in the car was needed
Posted by Patrick at 1:58 AM