We woke up in Korcula and went to bed in Plitvice National Park, and it was a long day of travel.

After checking out of the apartment, we headed across the street to the old city for breakfast. We found a restaurant along the waterfront that served crepes, which is what Brandon was hoping for. Ah...another nice waterfront meal. 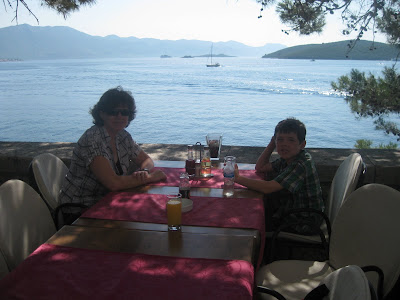 We didn't have to be at the ferry landing until 1pm, so we decided to climb the Great Land Gate tower for the view. Today was a very clear and sunny day, so the views were amazing. 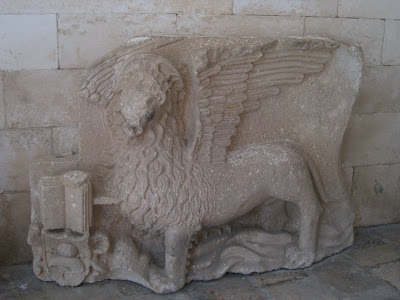 The Venetian influence was felt in Korcula 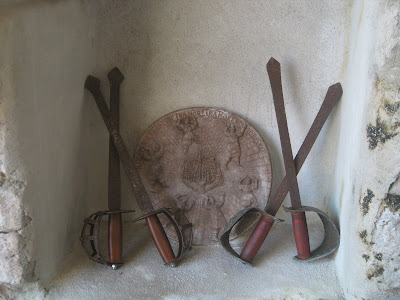 Korcula is famous for the Moreska Dance. The plot helps Korculans remember their hard fought past. An evil king takes the good kings bride, forces of good and evil dancing, swords, and a happy ending. 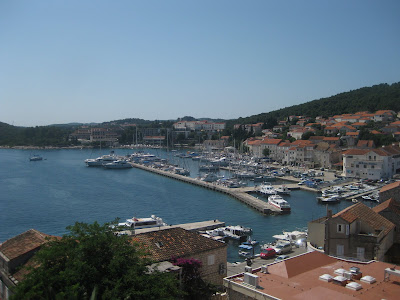 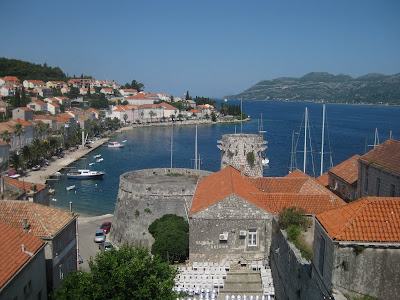 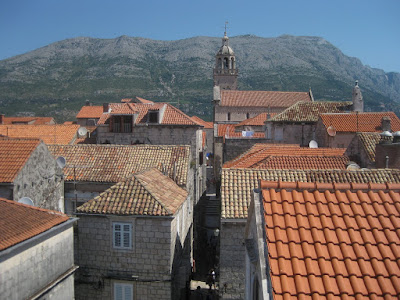 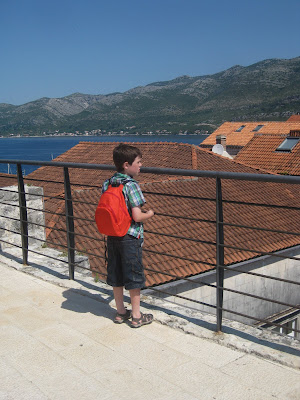 Onward to Vela Luka. We would be catching the north bound ferry to Split, leaving from Vela Luka on the opposite side of the island - about an hour drive. The drive was nice. The terrain of the island reminds a lot of southern California, maybe a little bit of western Colorado. It is dry with scrub trees and brush.

We arrived in Vela Luka about a little over an hour before the ferry arrived. The ticket office wasn't even open yet, so we walked across the street to a bar and enjoyed some drinks and snacks.

The ferry finally arrived. We pulled the car into the lower deck and headed upstairs to find a place to relax. It would be a 2 1/2 hour ferry ride to Split. We found a table near a window and planted ourselves. Watching the coast, reading, talking and eating lunch filled our time. Brandon and I walked around the upper deck a couple of times, but mostly we just hung out inside where it was air conditioned. 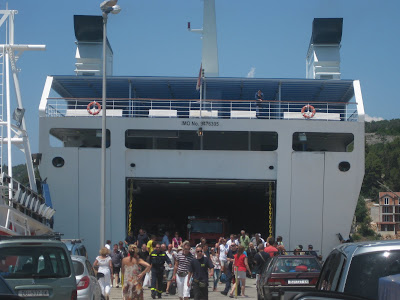 Waiting for the ferry to unload 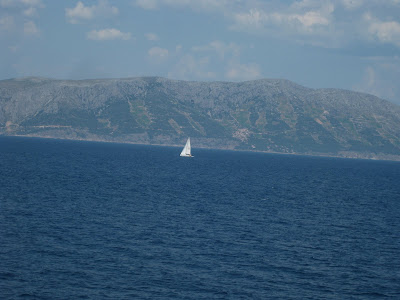 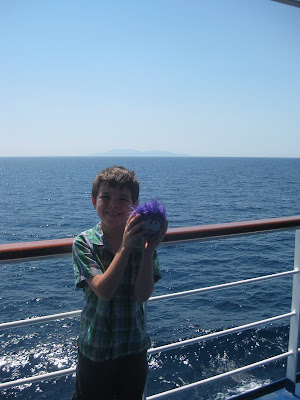 The ferry arrived in Split around 4:30pm. We had another 3 hours to drive to Plitvice. The drive was nice, mostly on the newish 6 lane highway. We commented several times how the scenery reminded us, once again, of western Colorado, Idaho and at times like Utah. At one point the highway climbed a mountain then headed through one of the longer tunnels (not the longest though) we have been through in Europe. I believe it was 6 or 8 kilometers long.

We finally arrived at Plitvice Lakes National Park around 8pm. Unfortunately, I messed up our reservations at Hotel Jezero. I accidently booked our room for last night, not tonight! Dang!! There were no more triple rooms available. After much converstation, they told us that we would have a suite - for a whole lot more money. We thought it was too much, so we asked if we could have a double and put Brandon on the floor. Then they said that they couldn't allow a kid on the floor, but after speaking to the manager, they found a triple for us. I don't know how it magically appeared, but it did. We had a room and we were tired from traveling.

We had dinner in the restaurant downstairs then headed back to the room to read, watch TV and go to bed. Travel days can be tiring.

Tomorrow we explore the park.
Posted by Patrick at 12:40 AM